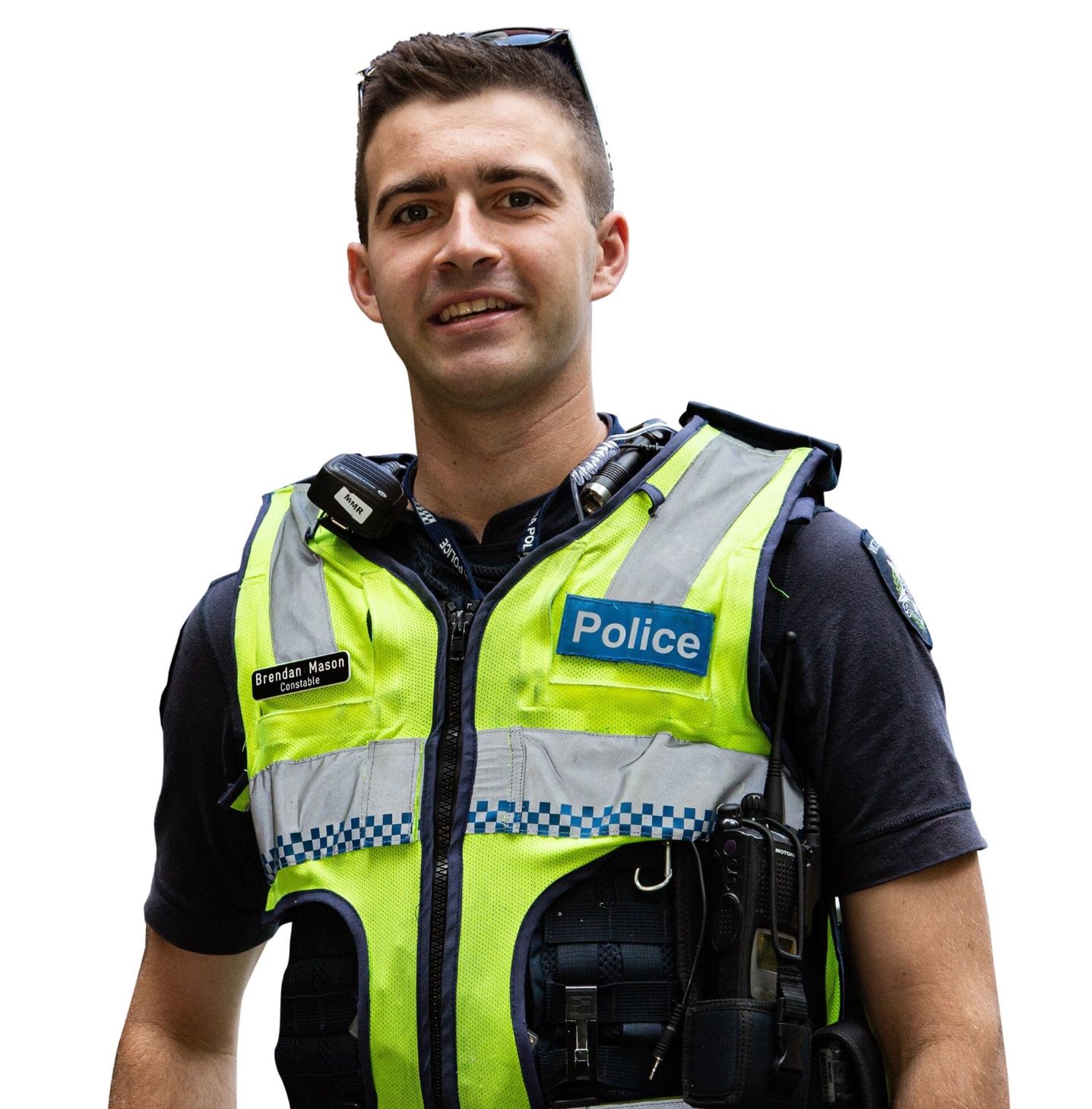 Having grown up with two parents who were police officers, Constable Brendan Mason’s connection to Victoria Police far pre-dates him joining.

“I was that kid in playgroup who always said, ‘When I grow up I want to be a police officer’ because I’d grown up hearing about Mum and Dad doing it and I always thought it sounded interesting,” Const Mason said.

After his father, Detective Sergeant Kenneth Mason, died when he was 16, Const Mason said Victoria Police Legacy provided a huge support and comfort for him, his siblings and his mother.

“Losing a family member is obviously a tough time and it’s all the things you don’t think of during that grieving time that Police Legacy are there for,” he said.

“They know the policing world and
they’ve all been through similar situations so they’re well across it and have a great understanding of where you’re at.

“They help you just feel what you’re feeling and have such great experience in where they can help and what they can do.”

During his later teenage years, Const Mason took part in many Police Legacy social activities and programs, which he said provided a great sense of connection to others with similar experience.

“The social activities for me were one of the most helpful things during those years because they connected me with people of a similar age in similar circumstances as they were also police legatees,” he said.

This connection with Victoria Police Legacy is something Const Mason continues to foster today.

After joining Victoria Police in 2017, the now 24-year-old Melbourne East officer volunteers with Legacy, assisting on youth camps and helping other young police legatees who are going through similar losses he did.

“It’s a good way to give back and keep that connection with Police Legacy going,” he said.

“They’re always looking for people to volunteer, particularly police, and I thought it would be a great way to give back since they’ve done so much over the years to help make things a bit easier after losing Dad.”