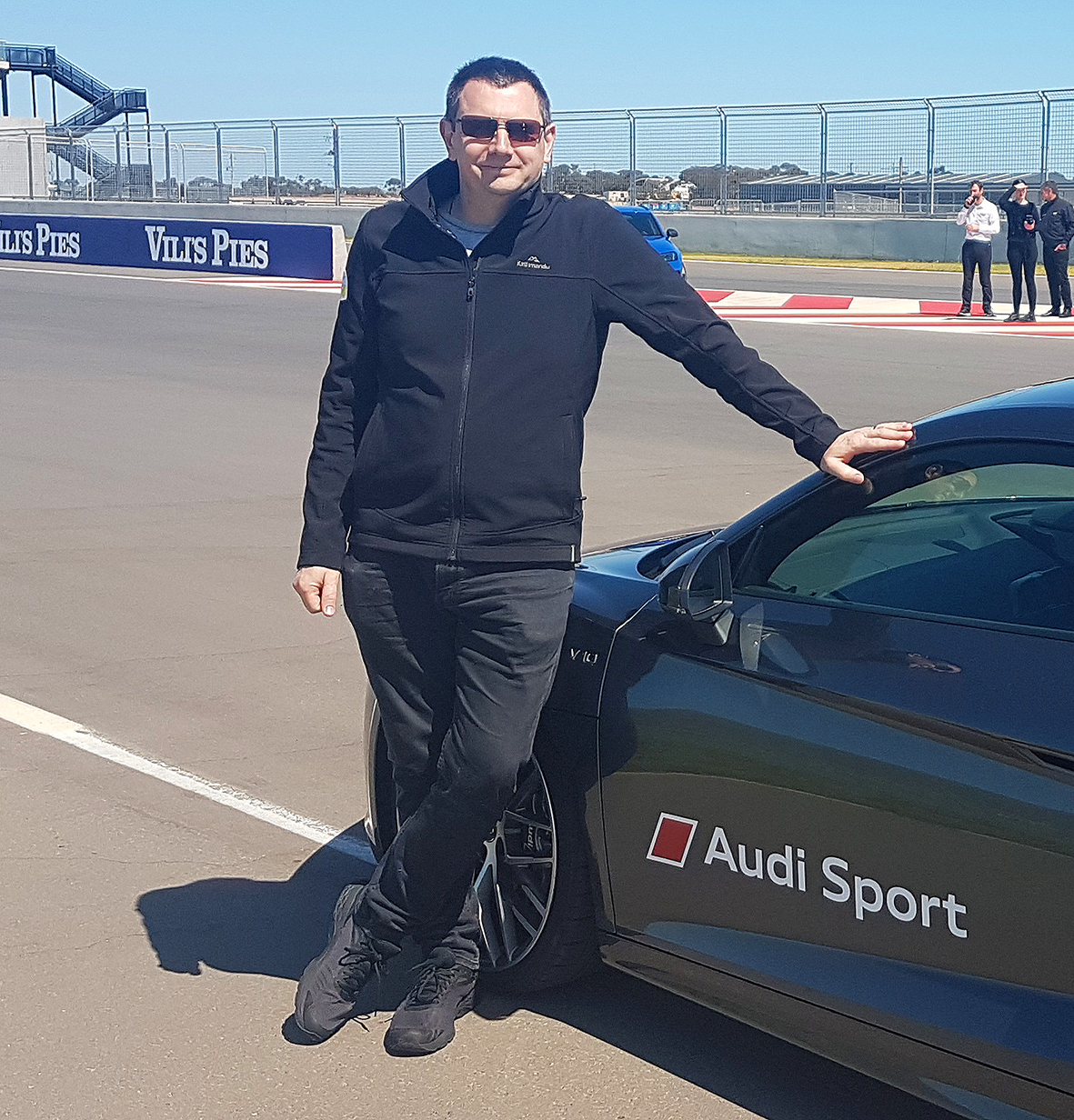 I was on leave and had planned to ride to Geelong on my motorbike to visit some mates.

I heard my wife Samantha in the kitchen trying to put the kettle on its holder (it was sometimes troublesome). A couple of minutes later she came into the bedroom, looking beautiful, dressed in her motorbike gear. I told her so. She had in her hand my Leo mug, my mother had bought for me years earlier. She had made me a coffee in the morning. She had never done this before. I asked her why. She said she knew I was having a good day with my mates and wanted me to enjoy myself.

I told her I love her and to take care and listened as she left the garage on her motorbike and rode down the road. As always, being a police officer, I had that worry feeling, hoping she would be alright. Little did I know I would not see her alive again.

Some minutes later she was legally overtaking a vehicle which turned into her and knocked her off her motorbike.

I was still at home, had a call from a friend, had a shower and then started to get ready. I was wondering why she had not sent me a text yet telling me she was safely at work.

It was that moment Senior Sergeant Trevor O’Shannasy phoned me to let me know she had been in a collision and it was not looking good.

I panicked, grabbed Samantha’s car and raced to the scene. I lost my shit. I was allowed to sit in the back of the ambulance with my wife who had passed despite the best efforts of the ambulance members.

That day, those moments, changed my life forever. That day, especially that night I was in a huge hole, I had lost my wife, my best mate, my soul mate, my rock. I thought losing elderly relatives, dealing with death and grief as a police officer I could be prepared. But nothing could prepare me for this.

Then was the issue of trying to find hope, trying to look forward, trying to rebuild. Facing people at first was hard, especially those whom had known Samantha. Walking in public I felt as though everyone was staring at me. I saw some people from a distance see me and walk a different way to avoid me. I knew why. They did not want to confront my loss.

I did get great support from friends, from colleagues and especially from family. But then another organisation made themselves known to me. I feel terrible I cannot recall the name of the lovely female field officer from Police Legacy who drove to see me and had a cuppa and listened to my tale. She told me about Police Legacy. I learnt that they help kids who have lost mums and dads. I learnt that they help partners like myself who have lost someone. I still did not think there was anything that they could help me with. I had no children. Then I learnt about a new initiative. It was being called a blokes day. I was told there were more men like me who had lost their wives. We had a day in the city, we met up, talked about many things. We had a meal together, we had a drink together. Here were other guys who like me had lost, had suffered, who truly understood. There was no judgement, no barriers. We were a bunch of normal blokes who had just lost their partners. There were some truly tragic tales. But when these people looked me in the eye and said sorry, you knew they understood.

Police Legacy got us together, despite all being serving members or retired members, we would have probably never met. I had a great night. Since then I have been fortunate to have gone to some cricket and football matches with these blokes and some more. I have also had the opportunity to have a cup of tea or lunch with some lovely ladies in Geelong.

What does Police Legacy mean to me? It is not the small donation I have made every pay, since my time in the Academy, it is no longer some nondescript organisation.

It is an extended family who offer sincere empathy, support, company, friendships and most of all understanding. They offer this opportunity to those who have lost their loved ones through their great organisation and this would not be possible without the support of the member’s donations and the support of many wonderful volunteers.