A BIG thank you to Northern Classic Cruisers 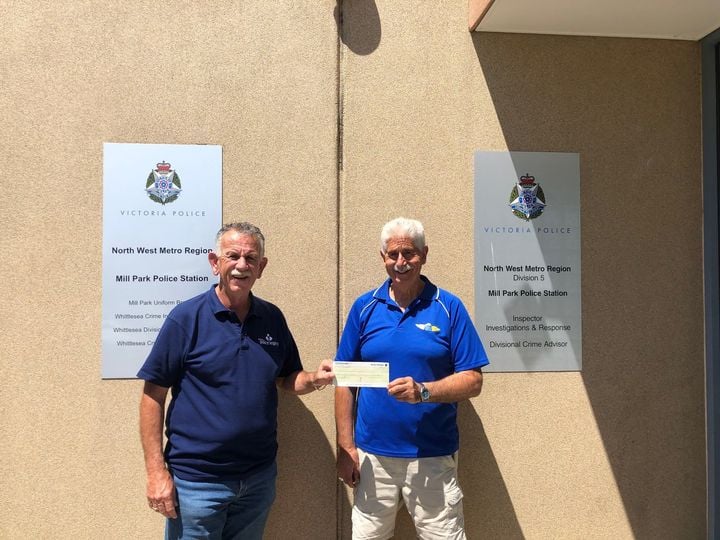 On behalf of Victoria Police Legacy, CEO Lex de Man received a cheque from Nez Demaj, Convenor of the ‘Northern Classic Cruisers’ (NCC) totaling an amazing $3,755 which was raised at the recent NCC Bikes, Cars & Coffee event held at ‘Jay Leno's Garage Australia’ in Airport West. A huge WELL DONE! to Nez and the fantastic team of volunteers at the NCC for putting on a fantastic event and thank you to the NCC Sponsors, Bike & Car Owners for their support of the day.

To Evan and his team at ‘Jay Leno's Garage Australia’, thank you for hosting the event at your facility.

The ongoing support of the community, police members, and organisations such as the ‘Northern Classic Cruisers’ and ‘Jay Leno's Garage Australia’ is truly appreciated by all at Victoria Police Legacy and those within the policing family who have lost a loved one. ‘THANK YOU’! to all who made this fantastic donation possible.