A presentation to Remember 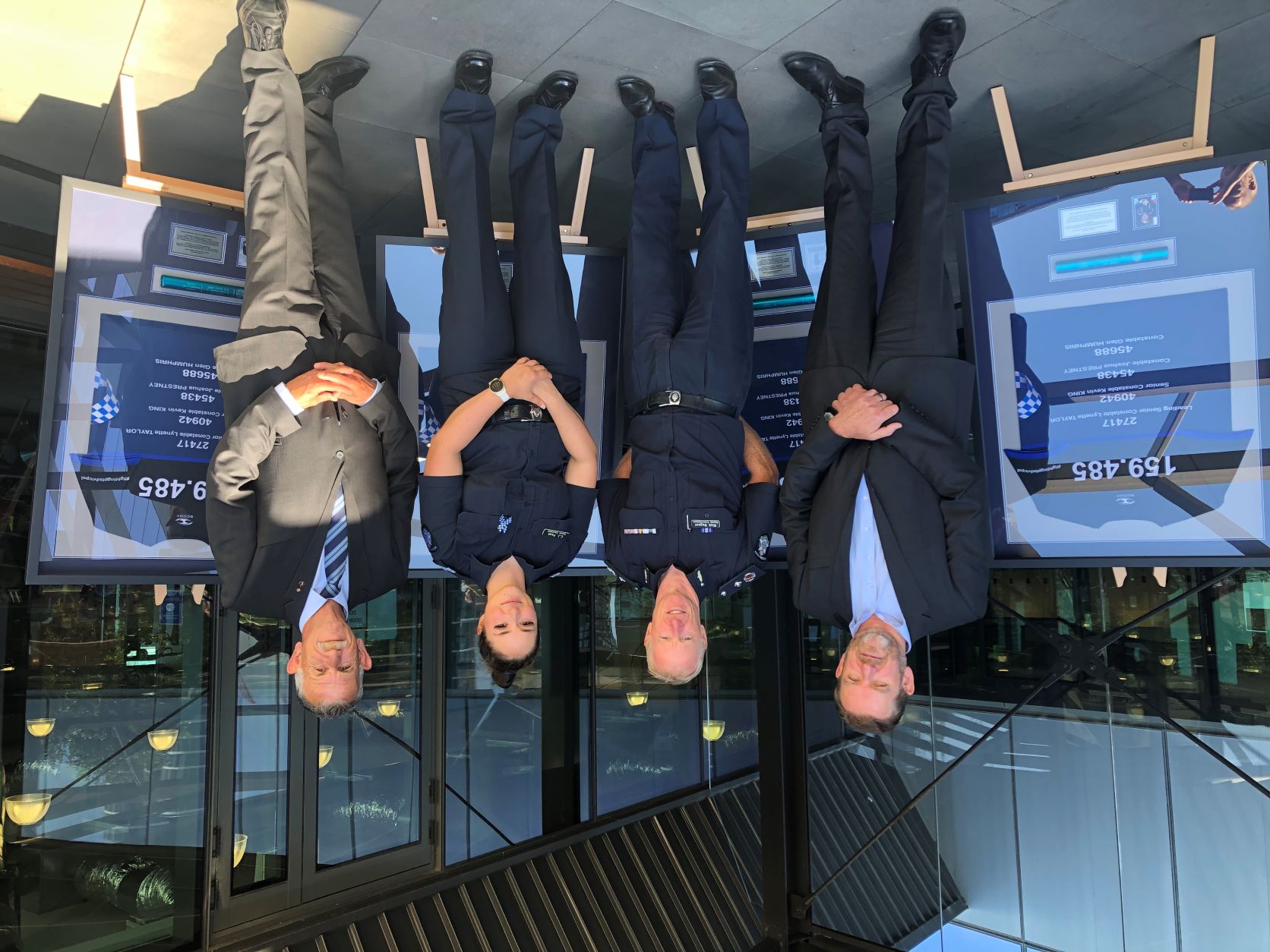 On Tuesday 8th February at the ‘Victoria Police Centre’ a presentation of four beautifully framed ‘Running Shirts and Batons’ was made by ‘VPL Ambassador’ Senior Constable Charlotte Peak and ‘The Police Association of Victoria’ (TPAV) Assistant Secretary - Peter Abbey to representatives from the work units of Leading Senior Constable Lynette Taylor, Senior Constable Kevin King, Constable Joshua Prestney and Constable Glen Humphris who tragically paid the ultimate sacrifice on the Eastern Freeway at Kew in April 2020 whilst serving the community. Senior Constable Charlotte Peak and Ambulance Victoria Paramedic Dom Strickland, were instrumental in gathering the support of police & community members to run a distance of 159.485 kilometres (the total of the four members service numbers) which culminated in a ‘Baton Run’ in May 2020 from the ‘Victoria Police Academy’ in Glen Waverley to the ‘Victoria Police Memorial’ in Melbourne, via the four work locations of Lynette, Kevin, Joshua and Glen, and in doing so raised a staggering $374,000.00 in support of the four families, a number of whom were able to be present. An outstanding effort by Charlotte and Dom and all those who participated, a huge WELL DONE! Thank you to TPAV Secretary Wayne Gatt and the membership of TPAV for their generosity with the framing of the running shorts, batons, and today’s presentation.